Emirates NBD Bank is a Dubai based bank and one of the largest banking groups in the Middle East. It’s also my bank of choice. But, frequently using their iOS app, some design issues started to be evident — so, I decided to work on some improvements. 1

Let's walk through the process.

The current app is packet with functionality. You can do everything from the normal day-to-day operations, like checking your credit card balance, to more obscure flows, like getting a que ticket for when you're visting a branch. Not that there's a reason to do it anymore.

Unfortunatelly, with all of the power, the app comes with a lot of clunkiness and confusion. I identified the dashboard, the cards view and the transaction listing as the three sections that I am going to dissect and improve upon.

For reference, this is how the app looks now (Fig 1.). 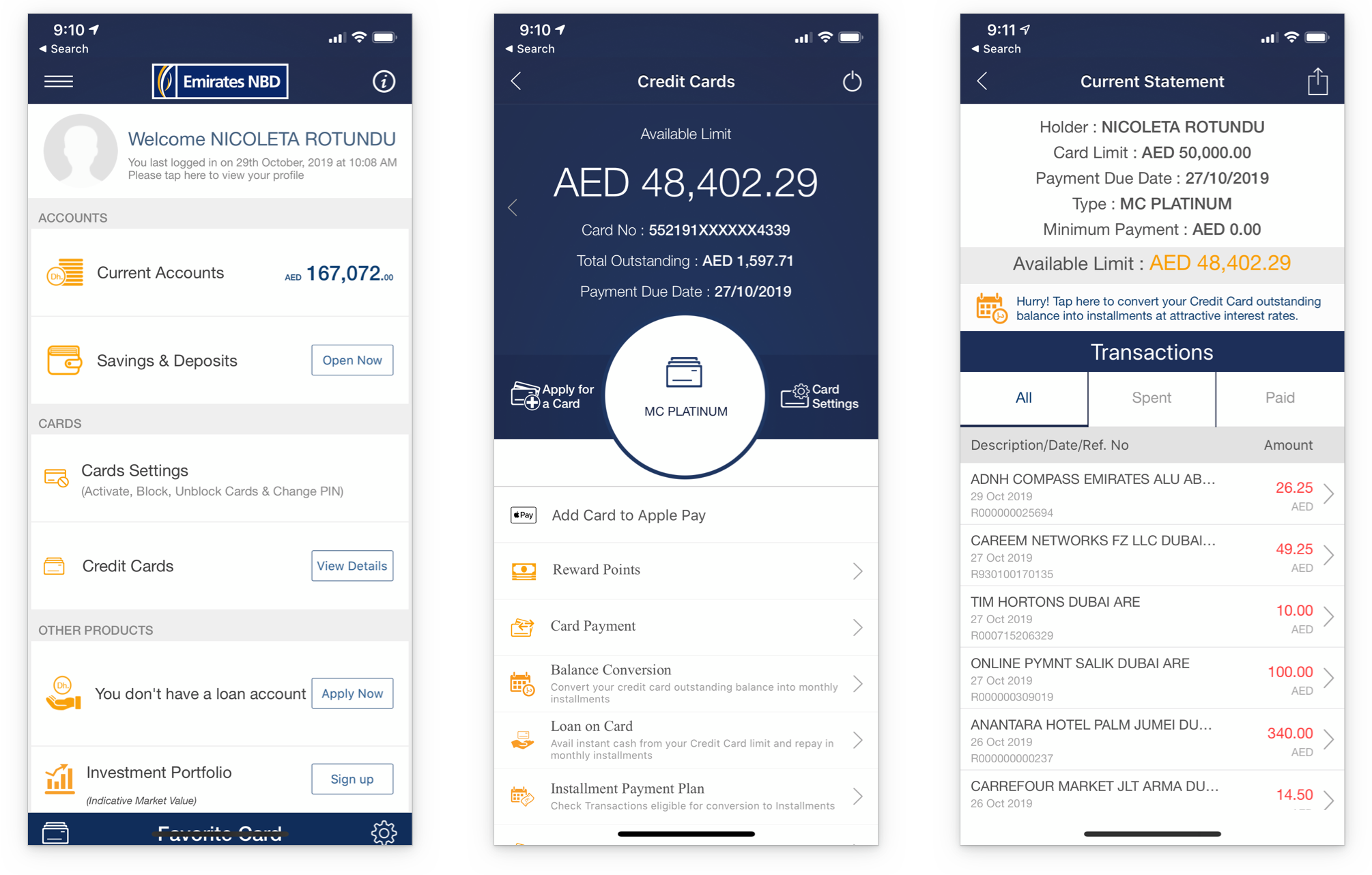 Fig 1: The before screens (from left to right): Dashboard, Cards View and Transactions List.

For the three aformentioned screens, I've set some clear goals:

Let's start with the last step: making the app look good. Now, to be honest, the current app is a design mess. Some of the most obvious issues are:

All of the above make it hard to scan or skim the content and it creates cognitive effort to navigate through the information presented. To improve these issues I:

Without further ado, this is what I came up with (Fig 2.): 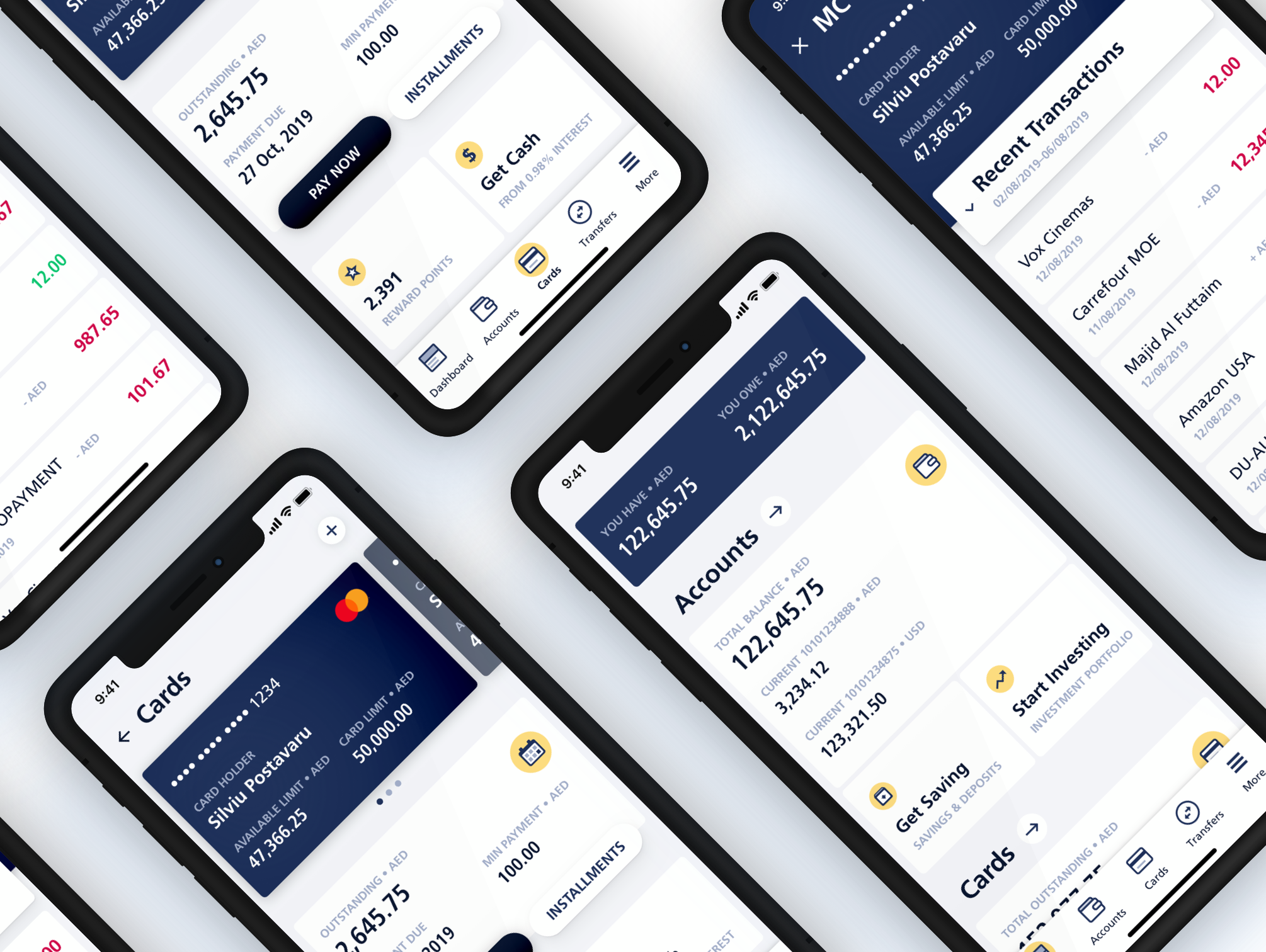 Sweet! With the looks part out of the way, we can focus on each section's UX problems and what I did to alleviate them.

A dashboard’s role is to give a bird's-eye view of the main health/performance of your relationship with the bank and to surface commonly used actions. The current one starts with a good idea, but it suffers in execution.

The role of the screen is to show the customer at a glance the cards attached to their account. This screen serves also as a detail view of the status of the card and different actions one can perform to it.

The card transactions screen's role is to show the customer the transactions attached to an account or a card segregated by monthly statements. It also serves as a jumping point for viewing more details and actions for individual transactions.

The above work is just the first step in revamping of the Emirates NBD iOS app. But I am just an outsider. I believe that good design requires effort and intentionality. With proper design leadership, mindsets can change. That's when we, the customers, will have a better and easier experience interacting with the everyday things.

If you want to play with the design yourself, you can download my Sketch file.

If you want to send some feedback or maybe want me to look at your app, don't hesitate to contact me.